§ 3. The Seminary is a structural (sub)-unit of the UMC in Estonia with all the rights and obligations ensuing from it. The Seminary has its own bank account, seal and other attributes.

§ 7. The goal of the seminary is to prepare clergy and lay leaders for ministry in the church as well as in Christian and charitable organizations, offering theological higher education in the Wesleyan/Methodist tradition based on needs of the church and society, and to support spiritual formation in the course of the study; as well as to organize continuing education and various study courses for UMC in Estonia.

§ 9. In order to fulfil its constitutional tasks, the Seminary may establish necessary departments, branches and other units. Their constitutions are to be ratified by the owner at the proposal of the Board of Trustees of the Seminary.

§10. Languages used for study and business management are Estonian, Russian and English.

§11. The basis for the academic and educational regulations is the curriculum and the requirements presented in the Teaching Regulations of the Baltic Methodist Theological Seminary, and Estonian law.

§12. Working relations of the Board of Trustees, Faculty, Administrative and assisting staff will be regulated by the Estonian Labor Contract Law in force.

§13. The Seminary admits students who have finished secondary school or its International equivalent, and are aiming for applied higher theological education.

§14. Students will be admitted according to the order established by the Rector’s Cabinet. Order of admission is presente in the „Handbook for the Applicants“ and at th seminary homepage.

§16. The academic dismissal of the student at his/her request will take place on the basis of a written application to the Rector.

§17. The academic dismissal by the decision of the Rector’s Cabinet will take place due to:
1) academic failure of the student;
2) student not registering for the next semester;
3) student failing to fulfill terms of the contract
4) inappropriate behaviour of the student.

§18. A student has a right to complete the three year curriculum in a shorter or longer period of time, but not longer than six years.

§19. 1) In order to graduate from the Seminary the student must fulfil the requirements of the curriculum as well as all financial obligations towards the Seminary.
2) With the diploma, the student will be given a transcript, reflecting the subjects taken, their credit hours and grades.

V. THE RIGHTS AND OBLIGATIONS OF THE STUDENTS.

§21. Students have a right
1) to use for study the literature, inventory and rooms, which belong to the Seminary or are given to the Seminary by the owner and are meant for student use;
2) to elect a representative to the Boards of Student organisations;
3) to appoint one elected representative to present to the Academic Committee the students' proposals and complaints and be involved in the discussion of the presented proposals;
4) to apply to the Rector's Cabinet for scholarship;
5) to apply for the academic leave according to Estonian law;
6) to apply for scholarships, subsidies and study loan according tothe Estonian law.

§22. Students are obliged:
1) to fulfill:
a) the requirements presented in the Teaching Regulations;
b) decrees and orders of the Board of Trustees, the
Rector and the Academic Dean;
2) take part in the lectures which they have registered to and submit the exams and prelims on time;
3) to pay the tuition on time.

§ 23. Qualification requirements for staff and faculty are stated in their job description.
§ 24. Seminary faculty consist of persons with pedagogical skills and Christian ministry experience, having master or doctoral degrees, as well as experts having higher education and practical knowledge in their specific field.
§ 25. The employment contracts with seminary faculty and staff are signed, renewed and ended by semianry rector. The duties, rights and responsibilities of seminary faculty and staff are based on job description, employment contract, and teaching regulations.

VII. LEADERSHIP BODIES: THEIR JURISDICTION AND ORDER OF FORMATION

§26. Seminary is headed by the Board of Trustees and the Rector.

§27. The Board of Trustees is the highest collegiate body of the Seminary.

§32. 1) Rector's cabinet is the executive body of the Board of Trustees.
2) The Rector, Academic Dean, accountant and the District Superintendent belong to the Rector's Cabinet.

§33. Rector’s Cabinet:
1) Draws the proposed Seminary budget and presents it to the Board for approval;
2) determines the conditions and order of payment of the allowances and stipends;
3) formulates regulations about accreditation of prior and experiential learning;
4) appoints the Seminary's Registrar;
5) approves the reports of the structural units;
6) forms sub-units of the Seminary, reviews their constitutions and presents them to the Board of Trustees;
7) reviews and solves complaints;
8) performs other activities, entrusted to them by the present constitution and the resolutions of the Board of Trustees;
9) decides upon all the issues not falling under the sole authority of the Board of Trustees, or any other leadership body of the Seminary.

Rector of the Seminary

§36. The Rector:
1) heads the Seminary as the highest official, delegating certain authority to the Academic Dean and to the accountant following the directives of the UMC in Estonia, the Rector’s Cabinet, and the Board of Trustees;
2) represents the Seminary and acts on the Seminary’s behalf without special commission;
3) makes contracts and opens Seminary bank accounts; is responsible for the general state and development of the Seminary, the purposeful and expedient use of the financial resources.
4) enrolls and dismisses students;
5) presents to the holder the employees of the Seminary who are subject for employment or dismissal;
6) if needed, appoints his temporary substitute in consultation with the owner.

§37. 1) The Rector issues decrees and gives orders within his authority.
2) The Rector's decrees and orders are superior and obligatory for all the employees and students at the Seminary.

§38. The Rector reports about educational activities and the financial situation every three months. The Rector informs the holder about the current state of the Seminary upon request.

VIII. STRUCTURAL UNITS AND THEIR MANAGEMENT

§39. The structural units of the Seminary are the Theological Department and the Department of Continuing Education.

§40. The task of the Theological Department is
1) to give applied theological higher education;
2) to initiate the publication of necessary theological literature.

The Dean of the Theological Department

§42. The Dean is elected and approved by the Board of Trustees for three years from among the persons having at least graduate degree.

§43. The Dean:
1) heads the academic activity in congruence with the resolutions of the higher bodies of the Seminary;
2) reports of his/her activity to the Board of Trustees at least once a year and to the Rector's Cabinet according to their prescription.

§44. If needed, the Rector will at the suggestion of the Dean appoint an Interim Dean who will act within the range of authority, prescribed by the Dean.

§45. 1) The Academic Dean, Rector, Registrar, Seminary's faculty, translators’ and student representatives belong to the Academic Committee with a vote.

§46. Academic Committee:
1) organises the academic activity of the department;
2) approves curricula and Teaching Regulations;
3) may make a proposal to the Rector about academic dismissal of the students;
4) institutes working groups to fulfil the tasks of the Seminary.

§48. 1) The resolutions of the Academic Committee are valid if at least five members have assembled.
2) The resolutions are passed by the simple majority of votes; in the case of equal pros and cons the vote of the chairperson is decisive.

§49. The resolutions of the Academic Committee and the decrees and orders of the Dean are compulsory for all the employees of the department and students.

§50. 1) The Department of Continuing Education organizes continuing education courses for clergy and laity in UMC in Estonia.
2) The working group leading the department is put together in cooperation with the holder, and consists of Rector of the Seminary, Academic Dean, District Superintendent, representatives of Estonian speaking and Russian speaking clergy and other invited members.

§51. The Seminary is functioning in a building that is designed for the needs of educational activitis, and is owned by the UMC in Estonia.

§52. The Seminary draws its financial resources from tuition fees, special foundations, financial support from the UMC in Estonia, donations of private persons and corporate bodies and other income.

§53. The Seminary's bookkeeping and accounts are audited by the audit committee of UMC in Estonia.

X. REORGANIZING AND CLOSING THE SEMINARY AND ITS PROTOCOL

§54. The Seminary is closed or reorganised at the resolution of the Annual Conference of the UMC in Estonia.

§55. In the case of reorganising the Seminary the owner will appoint persons to whom the rights and obligations will be transferred.

§56. In the case of closing the Seminary its property will be transferred to the UMC in Estonia. The students, the staff and the Ministry of Education are notified at least four months before the closing down. 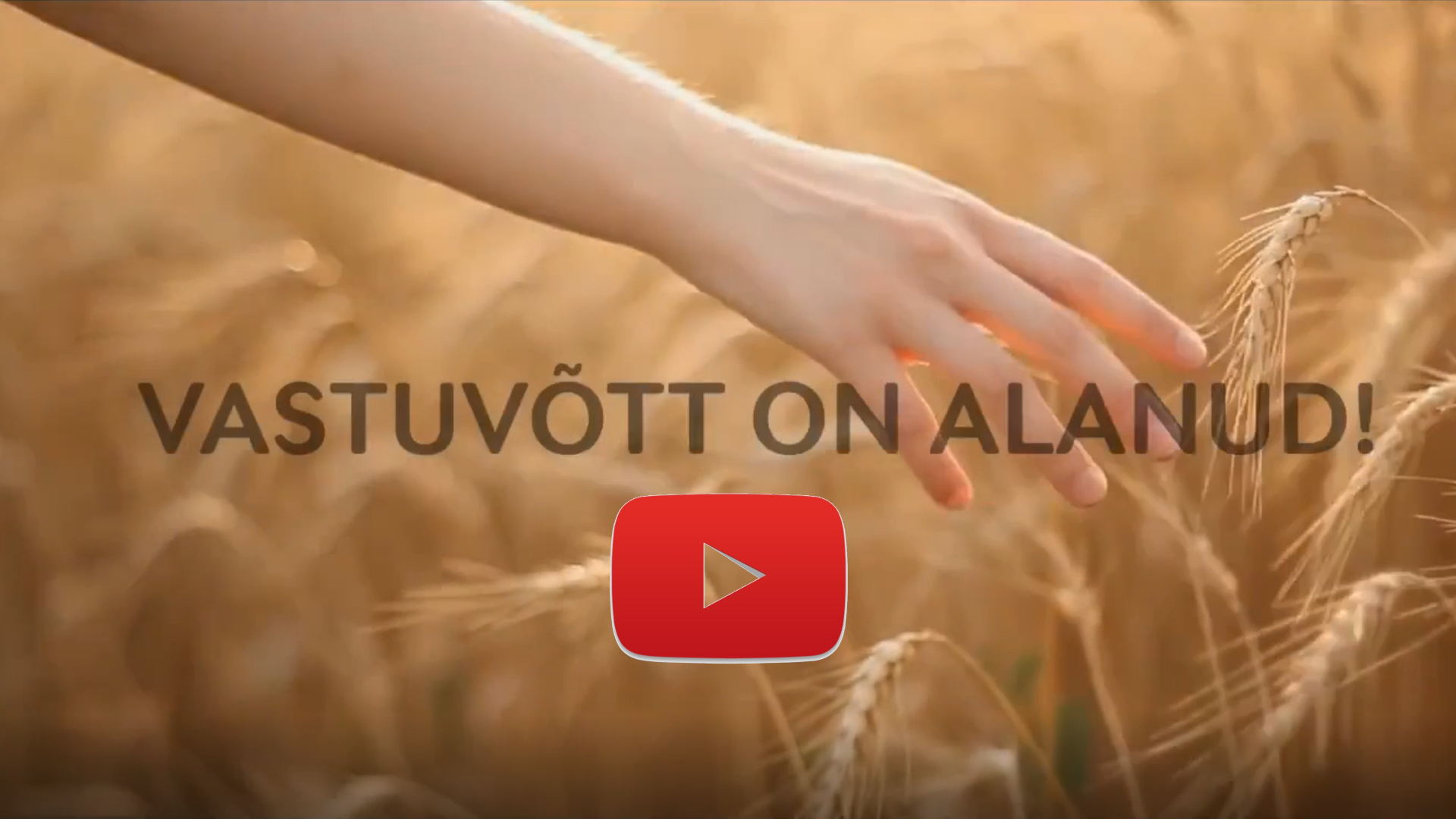