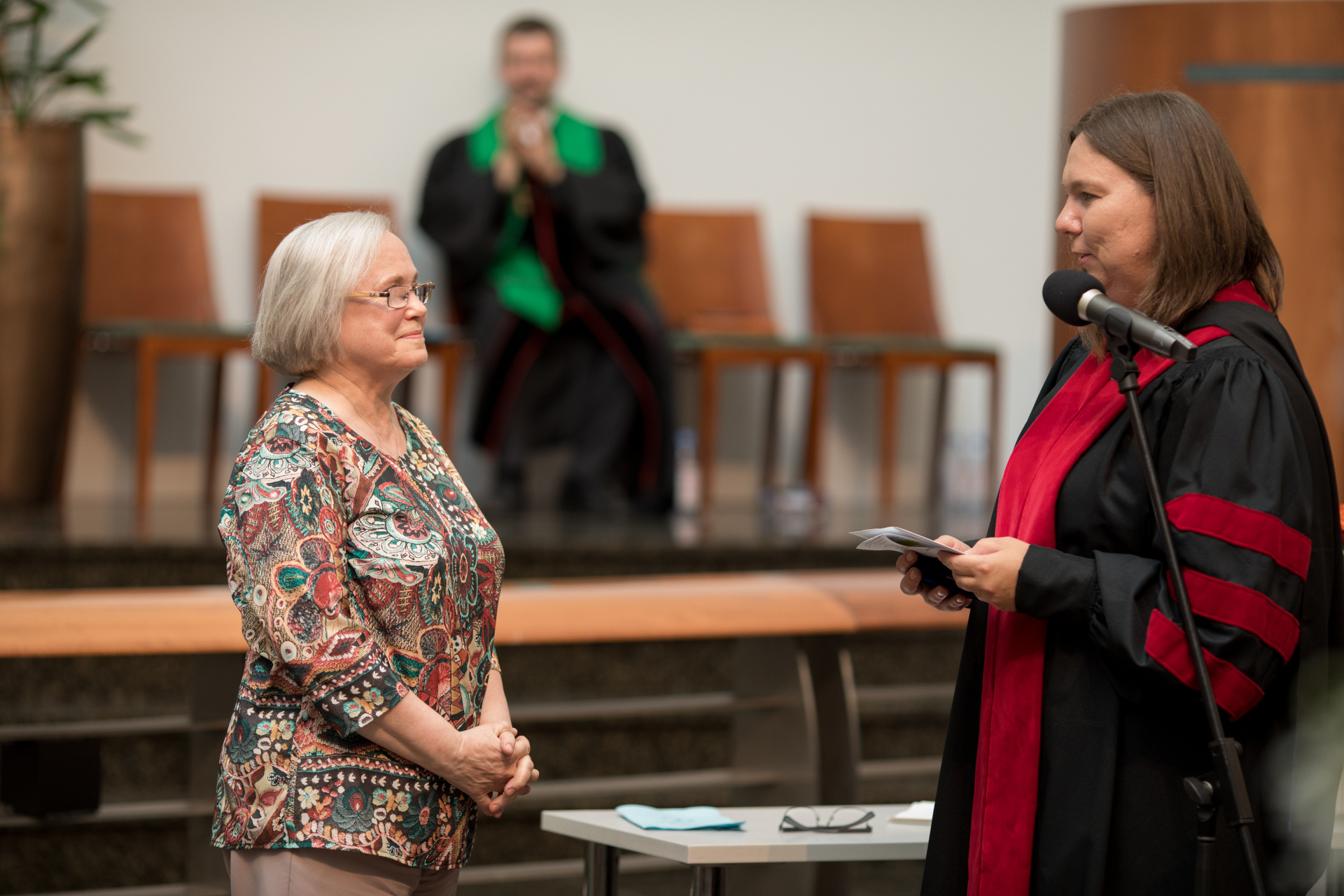 At the Graduation Ceremony of the Baltic Methodist Theological Seminary on June 21, 2021, Rector Küli Tõniste, on behalf of the Rector's Council announced Anne Saluraid, a beloved lecturer of Biblical Studies, as the Lecturer of the year.

Anne's growth in this position has gone through several stages. As a young person, she was active in the Oleviste Church Youth Choir. Anne heard about the methodists through the Gospel ensemble Sela, The very first Gospel Group in the Soviet Union. She was invited there to sing and joined the Tallinn Methodist Church in 1978. Interested in the Theological issues she became during the Sela period. According to the customs of that time, worship services and concerts were accompanied by personal speeches, sharing with the audience the Christian faith in God. It seemed like a natural step to study theology when the Theological Seminary was opened in 1994, the first Theological Seminary in the former Soviet Union. Anne graduated from the Baltic Methodist Theological Seminary in 1998 together with the first graduating class of the school. She went on to study for a master's degree at the University of Tartu, graduating in 2005. As a lecturer at the Seminary, she has taught Biblical Studies subjects, Mark's Gospel, NT letters, Exodus, Greek language, Exegesis, New Testament Theology, and electives Women in the Bible context. She has served as a dean from 2010 to 2014. In addition to teaching, has devoted a lot to teaching and supervising students' diploma papers, leading Bible classes at the Tallinn Methodist Church, serving the community, and co-editing for the Estonian Methodist magazine Koduteel.

Anne has said, "We will be amazed for the rest of our lives, of God's presence in our lives, and all that God may have for us in ahead" "Anne, we believe that God still has a lot in ahead for you," the rector confirmed, handing over the Seminar commemorative medal.

We want to thank Anne for her huge contribution to our school and today's graduates.
.